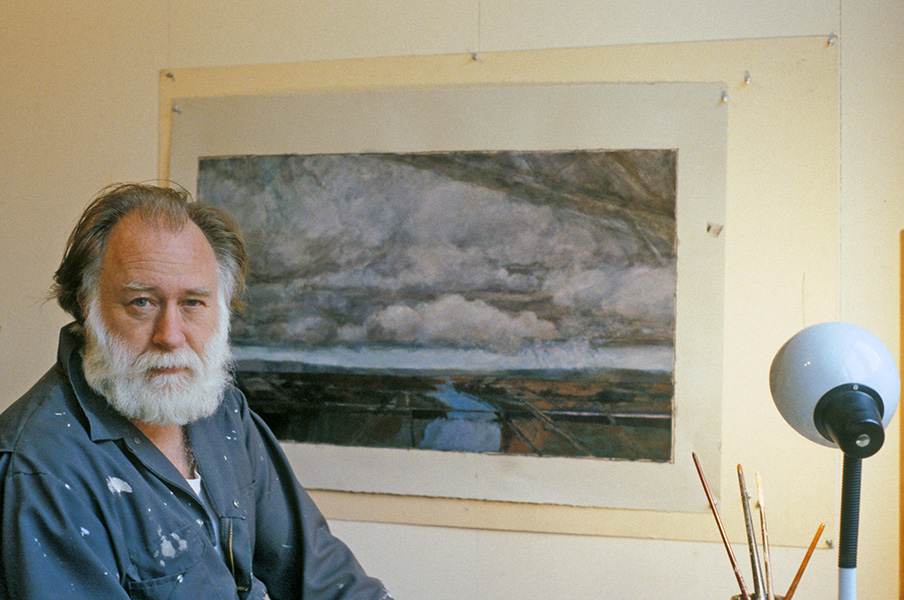 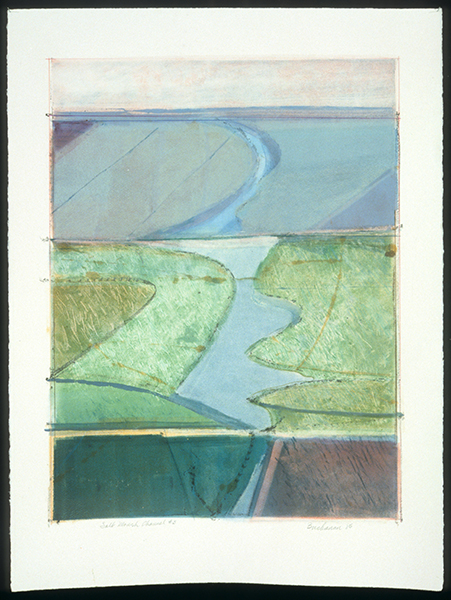 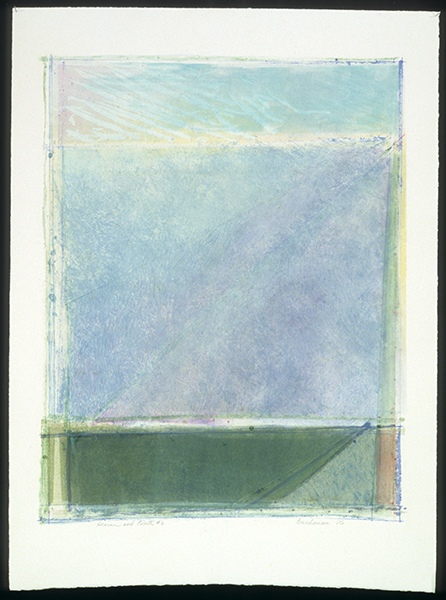 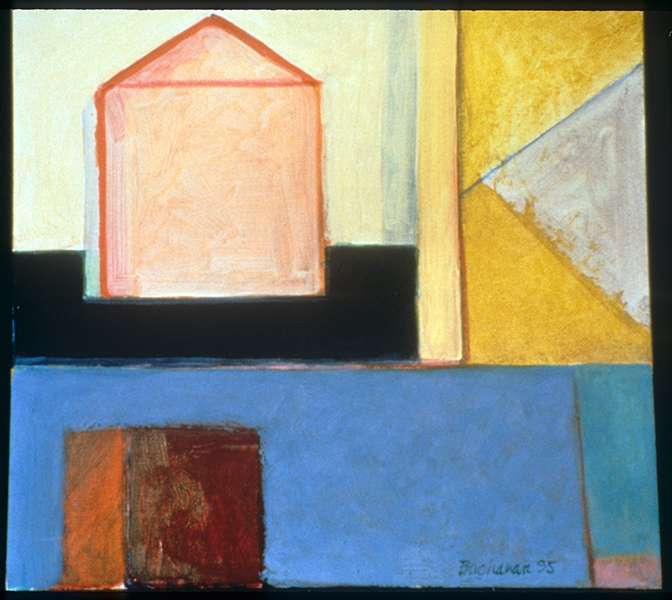 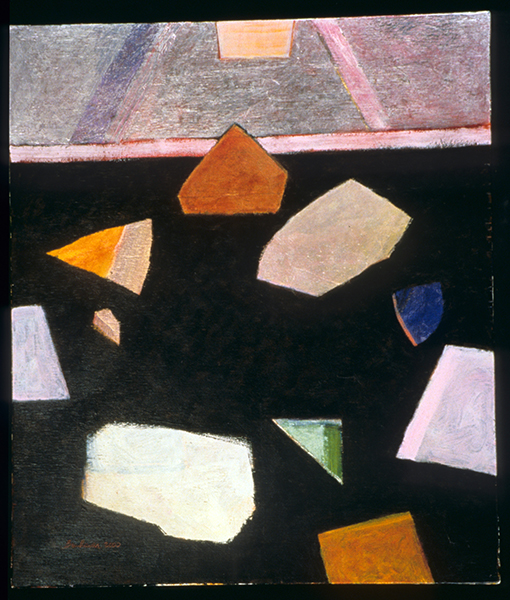 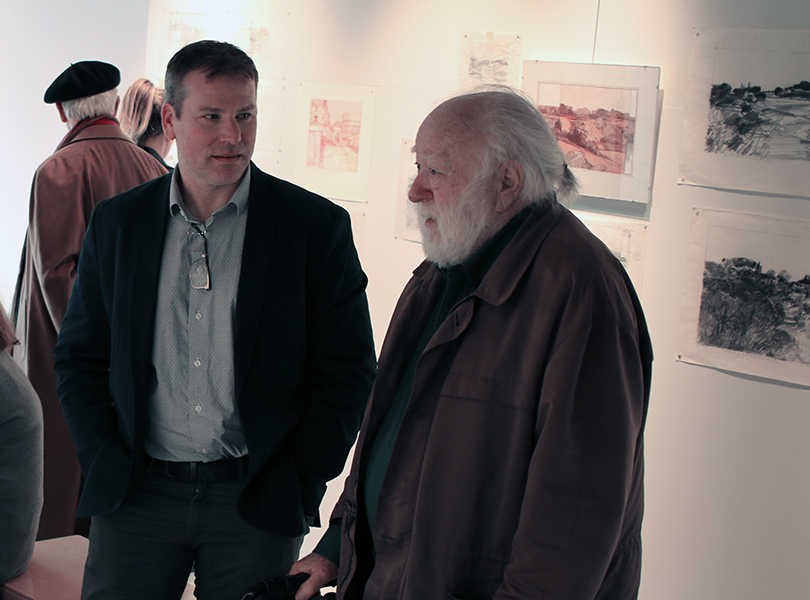 In March 2019 the College of Built Environments’ Visual Resources received a slide collection and corresponding digital archive from Professor Emeritus Robert T. Buchanan, Department of Landscape Architecture. The collection includes more than 600 images of Professor Buchanan’s drawings, paintings and prints covering over 50 years of teaching and art making. The collection is organized chronologically beginning from the late 1960s through 2000. Prof. Buchanan lived in Rome (as a Fellow of the American Academy in Rome 1958-59 and as a resident 1962-1965, 1983, 1984-1985), Paris (at the Cité Internationale des Arts in Paris (1987), and in Seattle, as Chair and Professor of Landscape Architecture at UW (1969-1995).

Buchanan was a beloved teacher and critic at UW. Outside the University he was a noted painter, draftsman, and printmaker, producing a large body of work which was exhibited in Seattle, Boston, San Francisco, Rome, Paris and other cities. His preferred print medium was monotype. The work demonstrates a strong foundation in drawing and a point of view informed by his landscape architecture practice and the study of visual space. Subject matter illustrates his interest in piazzas and other urban forms in Rome and Paris, building shape and color in San Miguel Allende in Mexico, and the manipulation of the viewer’s perspective of tidal plains, island fields, and farms in the San Juan Islands and the watery river channels of the Skagit Valley.

From his representational imagery of Italian and Pacific Northwest landscapes painted from the 1960s through the early 1980s, Buchanan developed a more analytical approach to describing and rendering visual perspective. His later work through the year 2000 explored flattened, highly abstracted geometric compositions that illustrate the relationships between objects based solely upon shape and color, stripped of their landscape context.

The collection serves as a valuable resource for students interested in the meaning of place and identity, reading of the visual, spatial and aesthetic experience of landscape as the mark of a culture, design drawing, or qualitative research in design theory.

For a look at the January 2019 exhibit of Buchanan’s Rome drawings, visit the CBE Gould Gallery Past Exhibits page.