What is a landscape ? How is it designed ? How is it constructed? The western notion of ‘landscape’ was invented in the fifteenth century to name a new genre in painting. In Europe, the first landscapes were painted in the Low Countries, when windows appeared in paintings. The frame provided by the window created a view on the surroundings, independent from the commissioned scene in the foreground. These landscape paintings are characterized by their independence, both in content and in form, from the initial commission. The painters did not aim at a truthful rendering of the actual terrain but preferred revealing an unseen reality into new types of landscape. 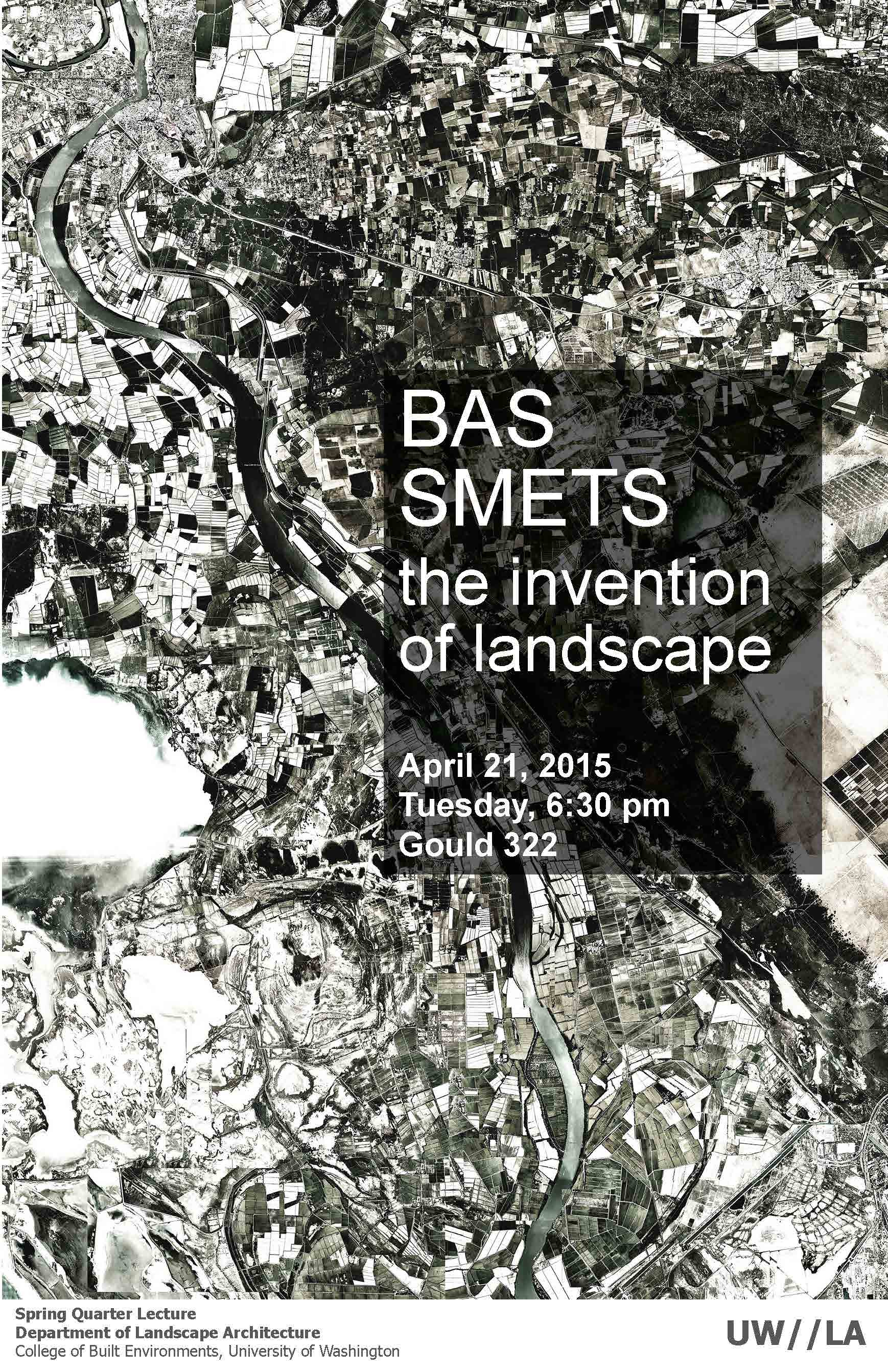 Bas Smets has a background in civil engineering, architecture and landscape architecture. He specializes in the conception of landscape strategies and the construction of public space. Starting from a precise reading of the existing land, his projects reveal an exemplary landscape. These projects span all scales, from territorial visions to infrastructural landscapes, from city centres to private gardens. He often collaborates with architects, artists and scientists. His office, founded in Brussels in 2007, employs 15 architects and landscape architects. He currently works on landscape designs in 18 countries and has delivered projects in 7 countries.

Several of his large parks are under construction: the park of Tour & Taxis in Brussels, the park of Tweewaters in Leuven, and the new park for the Estonian National Museum in Tartu.

Bas Smets has developed a number of long term territorial visions for Brussels 2040, Lyon Part Dieu, Bordeaux 55.000 ha, Paris la Défense Est and Lille 2030. Recently he has collaborated on large infrastructural landscapes, winning the integration in its fragile landscape of a new freeway in Bruges and a new lock in Harelbeke.

In addition to these public commissions, he constructs one private garden a year. In 2009, he was selected as the landscape architect for the Parc des Ateliers in Arles, in close collaboration with Frank O. Gehry who is designing a new centre for the production of art. In 2011, he conceived the black landscapes for Philippe Parreno’s film ‘Continuously Habitable Zones’.