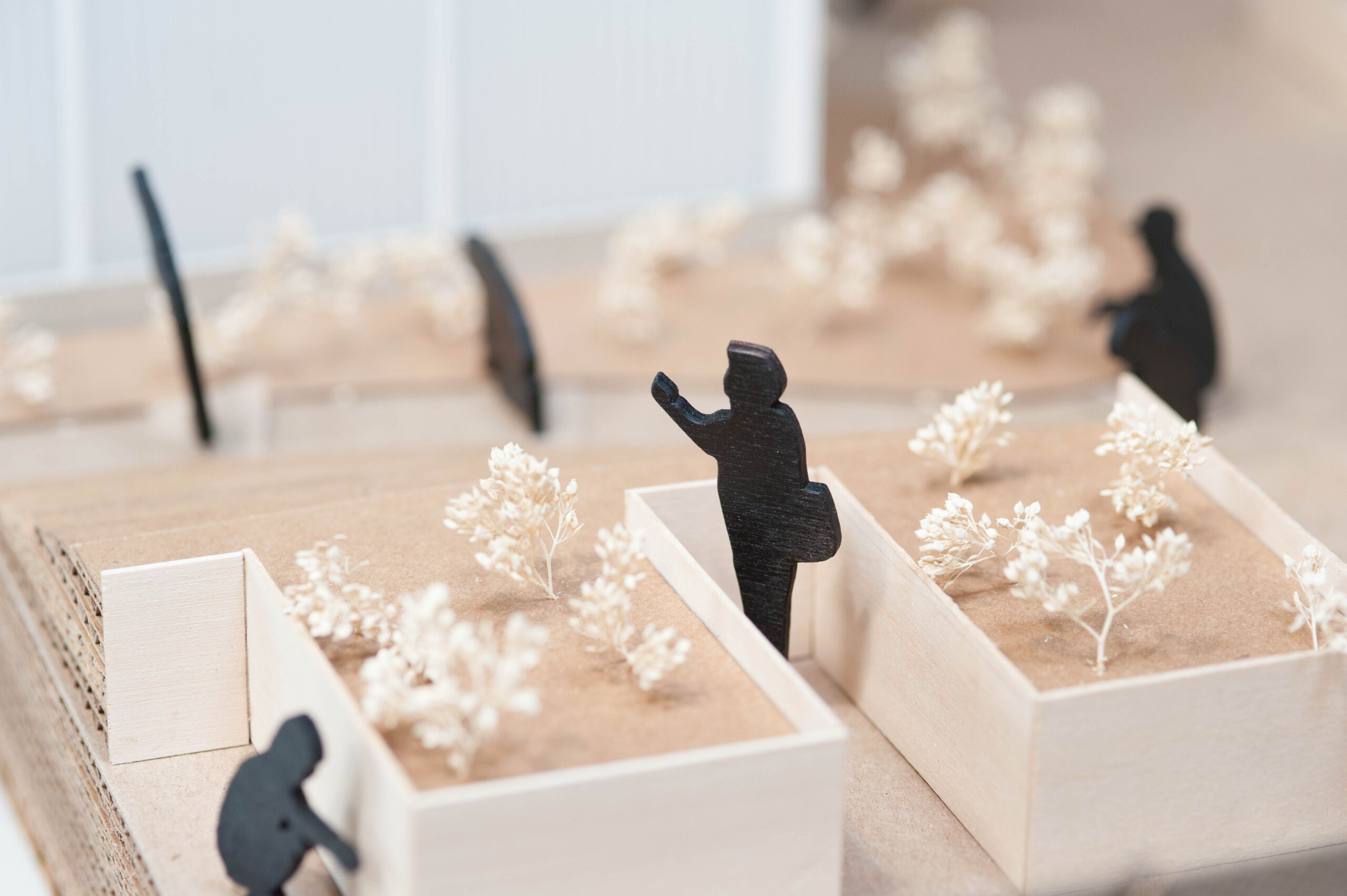 In 2001 a small group of students under the guidance of Daniel Winterbottom created an exhibit for the Northwest Flower Show entitled Throwaway Spaces.

The project illustrated how vacant urban open spaces can become spaces of exchange, expression and exploration for our diverse populations of urban immigrants. The garden contains gardens influenced by Asian and Mexican gardens. In the Asian indigenous vegetables were grown, chickens whose meat is considered medicinal were being raised and hanging from a pavilion were 1,000 paper cranes. The Mexican garden was reminiscent of a grotto with vivid colors, a niche shrine, a mural of Saint Guadeloupe and lots of potted plants and medicinal herbs. In addition the project demonstrated some of the green technologies used in community gardens including rainwater harvesting, a living roof on the pavilion where squash pumpkins and lettuce were grown and the use of recycled materials including colored glass as a walking surface. The project won all the awards give at the show.